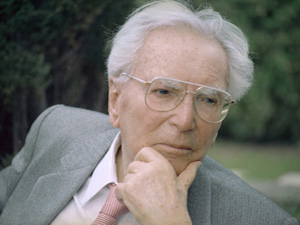 Viktor E. Frankl was professor of neurology and psychiatry at the University of Vienna and was lecturer in the United States (Harvard University as well as at universities in Dallas and Pittsburgh). For him, the U. S. International University in California created a chair of logotherapy—the school of psychotherapy founded by Frankl, also referred to as the "Third Vienna School" (following Sigmund Freud’s psychoanalysis and Alfred Adler's individual psychology). He held 29 honorary doctorates from universities around the world.

Frankl was the first non-American psychiatrist to be awarded the Oskar Pfister Prize, named after a disciple of Sigmund Freud, by the American Pyschiatric Association; the Austrian Academy of Sciences elected him honorary member. 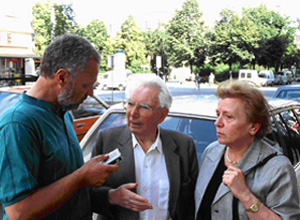 is 32 books have been published in 32 languages. More than nine million copies of one single book were sold ("Man’s Search for Meaning"). The United States Library of Congress dubbed it “one of the ten most influential books in America”. (Its German title is "... trotzdem Ja zum Leben sagen: Ein Psychologe erlebt das Konzentrationslager"). Other books published in German include: "Der Mensch vor der Frage nach dem Sinn" (Eine Auswahl aus dem Gesamtwerk), which contains selected extracts from his works. "Was nicht in meinen Büchern steht" (English title: "Viktor Frankl: Recollections") and "Man’s Search for Ultimate Meaning" were the last two books published during his lifetime.

Frankl presented papers and lectures at 209 universities on all five continents.

From 1940 to 1942 Frankl was head of the Neurological Department of Rothschild Hospital; from 1946 to 1970 he was director of the Vienna Neurological Policlinic.

Frankl held the pilots’ Solo Flight Certificate (USA). He achieved The Mountain Guide Badge of the mountaineers club “Alpenverein Donauland” (Austria); three difficult climbing routes (on the Rax and Peilstein mountains) were named after him.

In 1995 Viktor Frankl became an Honored Citizen of the City of Vienna. 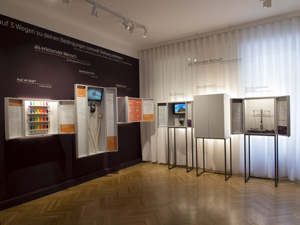 Using Sigmund Freud's psychoanalysis and Alfred Adler’s individual psychology as points of departure in the early 1930s, psychiatrist and neurologist Viktor Frankl (1905–1997) developed his own approach, for which he coined the name “logotherapy and existential analysis”. Logotherapy refers to actual therapeutic practice and existential analysis to its philosophical underpinnings—together often referred to as the “Third Vienna School of Psychotherapy”. It is an internationally recognized, meaning-centered school of psychotherapy based on empirical findings and rooted in three philosophical and psychological concepts: freedom of will, will to meaning, and meaning in life. 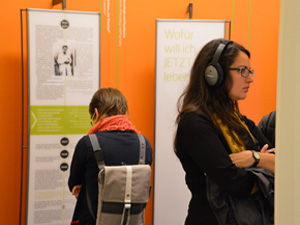 Logotherapy considers humans as beings with free will, able to take their stance towards internal and external conditions. Such freedom derives from a spiritual dimension that, along with body and mind, accounts for personhood and dignity. As spiritual beings, humans no longer merely react, but are primarily beings who act and shape their lives. Freedom plays a decisive role in applied psychotherapy because it opens up leeway to patients in the face of somatic or psychic conditions, helping them to regain much of their self-determining capability through techniques developed by Frankl: paraxodical intention, dereflexion, and attitude modulation; these assist patients in differentiating between symptom and person. 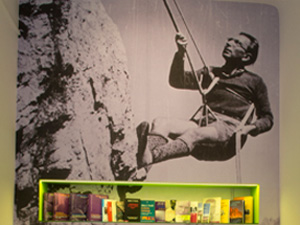 Humans are autonomous persons seeking characteristic ways of expressing themselves and shaping their world. Logotherapy focuses on the search for meaning as a fundamental human motivation. If humans are no longer able to bring the “will to meaning” to bear on their day-to-day lives, abysmal feelings of meaninglessness and worthlessness are likely to arise. Frustration of the need for meaning may lead to aggression, addiction, depression, despair and suicidality; it may also trigger or aggravate psychosomatic illnesses and psychological disorders. Logotherapy helps patients identify, remove or cope with inhibitions and blocks that hamper them in the search for meaning. It sensitizes them and helps them perceive potential meanings. In this context, logotherapy does not offer meaning; rather, it supports patients in translating into reality the potential for meanings they discover for themselves. 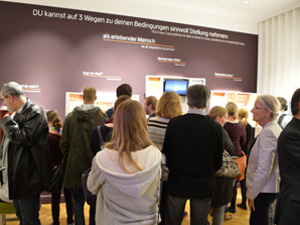 Logotherapy and existential analysis are based on the idea that meaning is an objective reality and not something that lies merely in the eye of the beholder. This is what distinguishes logotherapy from so-called “occupational and recreational therapies”, which are geared mainly to taking the patient's mind off disturbed or disturbing modes of experience. In fact, logotherapy calls upon humans to bring out the best in themselves and the world, as their free will and ability to assume responsibility enable them to identify meaning at any moment, in any situation, and to make such meaning materialize. Meaning is offered by any given moment and, though objective in nature, is specific to each situation and person, and thus subject to constant change. Logotherapy does not offer any general meaning in life; rather, it helps patients to be open and flexible enough to shape their everyday lives in a meaningful way. After all, every situation has different potentials for meaning in store for everyone. But they must be perceived and translated into reality.